Porto Rafael is not only an expression of a queen nature of the territory but also a stage of a journey where places of rare beauty show themselves and make themselves known.

History has preserved this heritage for us and we hope so forever.

It is the history of the culture of Porto Rafael, where the sweet life of the 60s has traced the custom of meeting each year to tell each other moments, projects, emotions of one’s life.

The personality of Count Rafael has signed the story, a story that tells a long and unforgettable fairy tale of love. 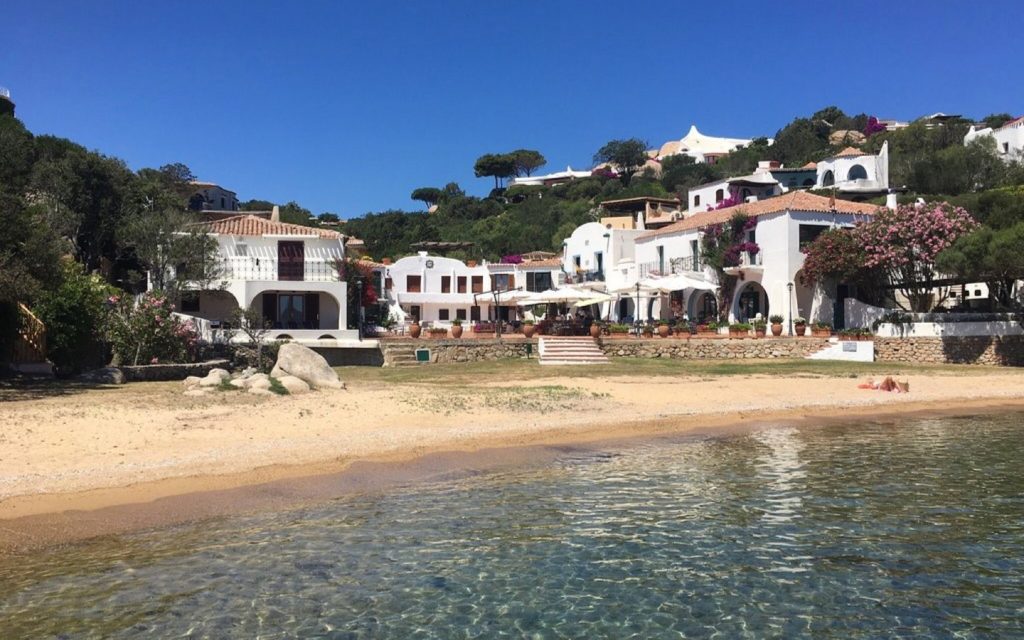 The fortress of Monte Altura

It was built in 1887/89 to defend the coast and the archipelago of La Maddalena; it is considered the most beautiful fortress in Europe.

A highly strategic point at that time for the defense of the Tyrrhenian Sea from French naval military actions. 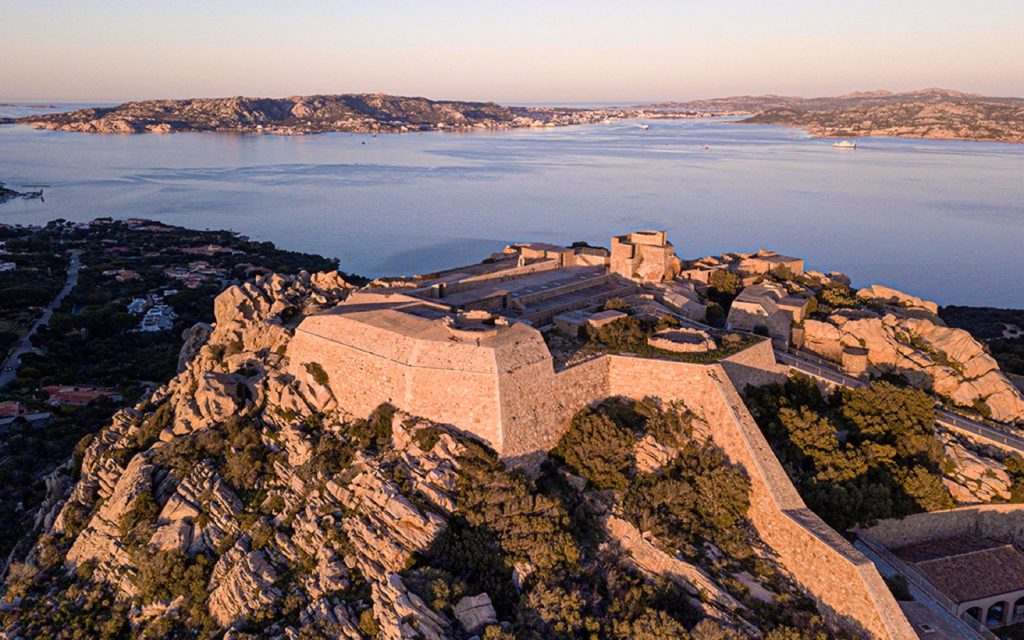 A cage that science calls “Faraday cage” envelops the entire building; its architectural values enhance the beauty that stands out on the rocks and its extraordinary panoramic position increases its charm.

Since 1913, the year in which it was built by the Civil Engineer, several specialists called “fanalists”, who manage the lighthouse, have followed one another with their families. From this we can understand the presence of cast iron downpipes for the collection and disposal of rainwater.

In 1975 the Italian Navy automated the reporting systems. Today the lighthouse is home to the Coastal Observatory. 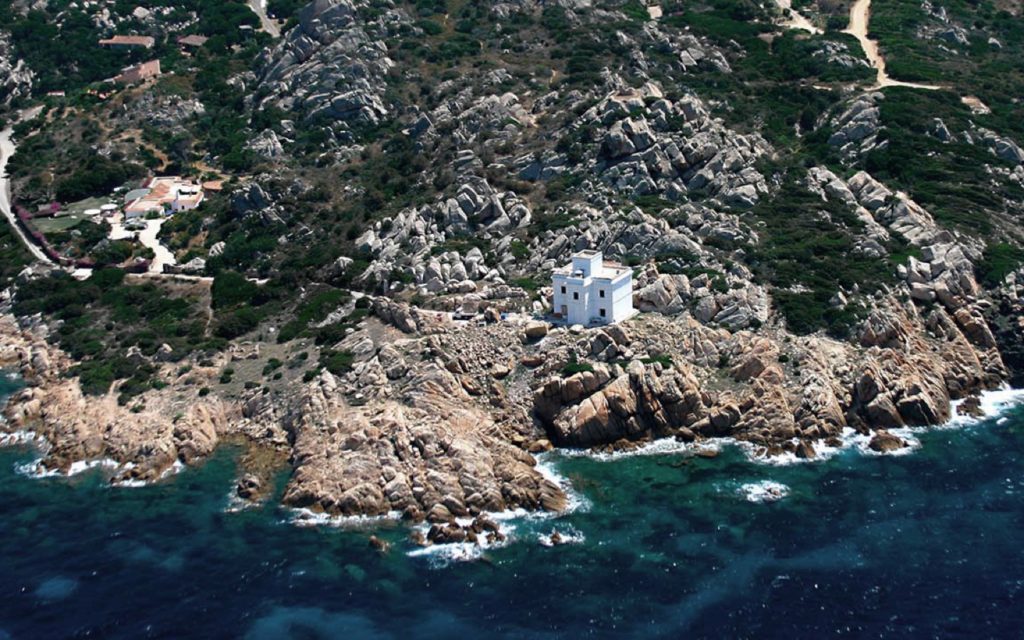 The little port of Punta Stroppello

In a unique position opens the little Port of Punta Stroppello which houses boats of great prestige from all over the world.

A corner of paradise that houses the Yacht Club of Punta Sardegna and from where you can attend international level regattas such as the Mario Formenton Trophy, a historic event for those who love sailing.

It is organized in August every two years in memory of Mario Formenton who was President of Mondadori.

The route is one of the most suggestive and has the islands of the archipelago as its backdrop.
It starts from Porto Rafael sailing between Budelli and Spargi and then returns to Porto Rafael. A path of about 20 miles. 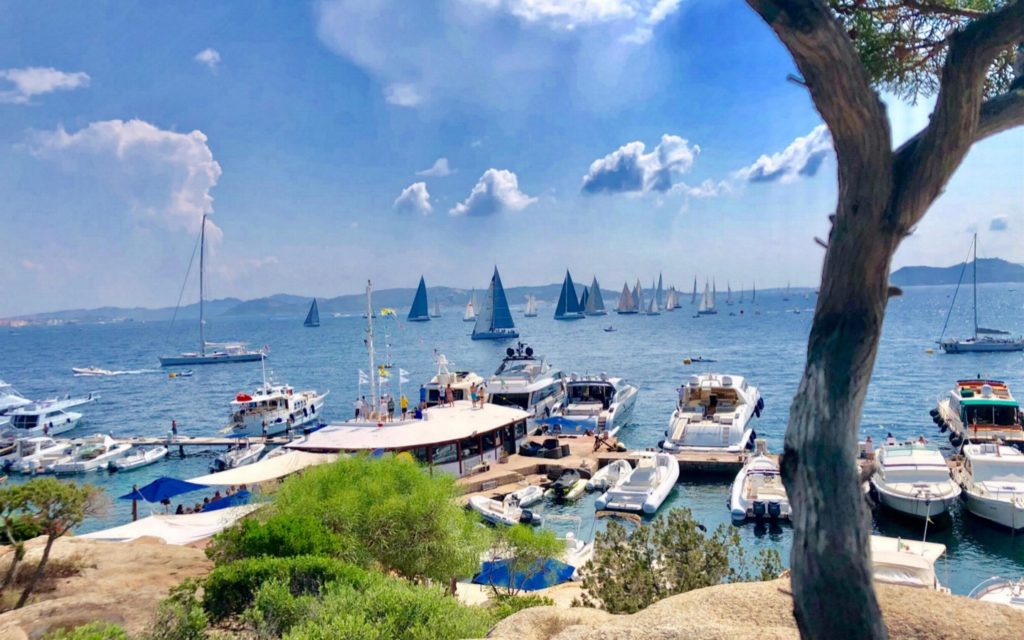 A construction that dates back to the 19th century. A military post that was to serve strategically for sightings. Today it sees the presence of many who love to admire a panorama to say the least spectacular that embraces La Maddalena, Cala di Trana, always capable of a suggestive emotion, Corsica, the Bocche di Bonifacio among the typical colors of the sea and rocks. 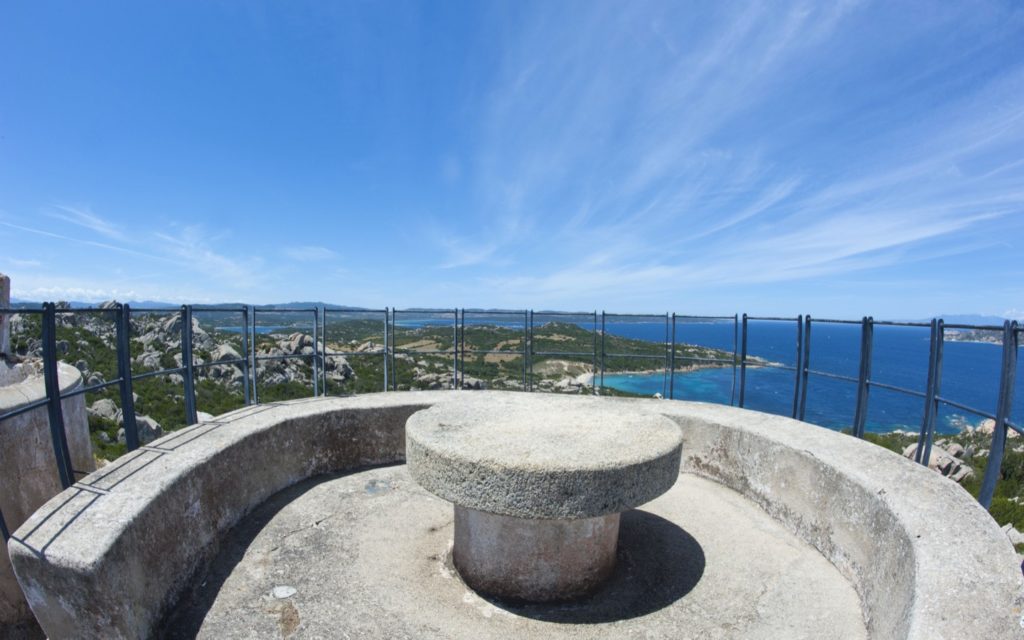 The very small church of Santa Rita deserves special consideration. Count Rafael promised to build it if he could make his dream come true. The name could only be that of Santa Rita, patroness of the impossible. And so it was! … a chapel of rare beauty, an intimate place of prayers.

The floor that looks like a checkerboard, the altar covered with rosaries, the colors that accompany the atmosphere enhance the emotions that are experienced in this place. 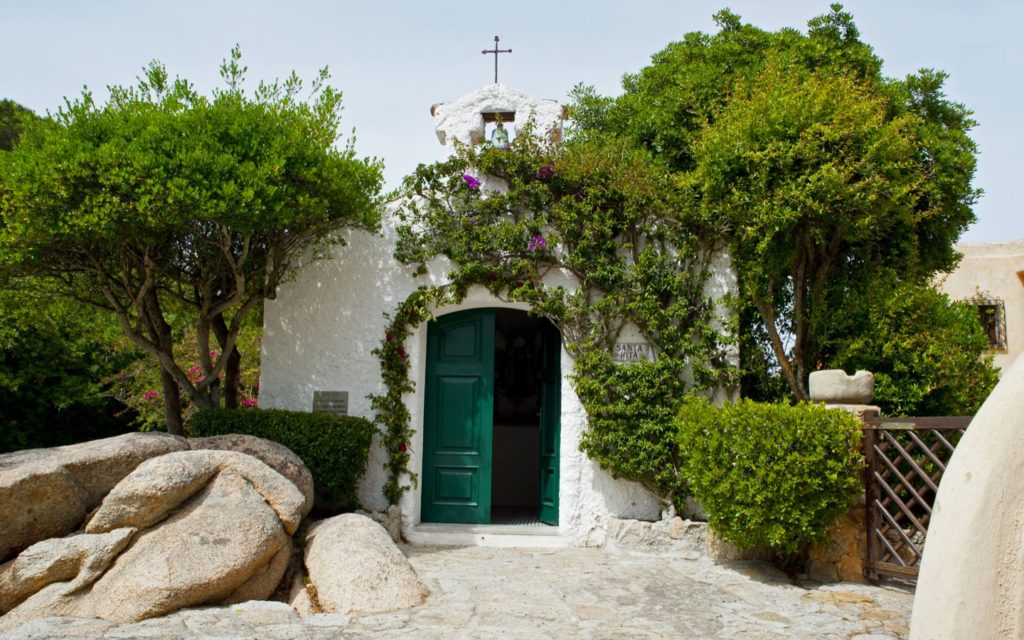 The church of Porto Rafael is also a destination on a path that brings great emotion and reflection to the faithful who participate in it.

The procession with torchlight procession from the small church of Santa Rita to the Parish Church of Palau is an anniversary that every year, in May, renews the intimacy of prayer.

Another moment of intense participation in the values of worship is the procession at sea, at the end of the summer, in honor of the Madonna del mare and San Mauro. A procession of naval units accompanies the celebration in the waters in front of the port of Palau and Porto Rafael.

Tennis and sailing… moments in which sport is combined with experiencing the beauty of this area. A green tennis court that excites, near the sea, among granite rocks that cut out representations as if they were sculptures; Illuminated in the evening for an unimaginable setting.

A few steps away is the sailing center of Porto Pollo, a destination for sailors and windsurfers. A naturalistic paradise caressed by the wind that tells its beauty. Wind surf, surf, sup, kite-surf and sailing manage the emotions that the sea transmits to us. 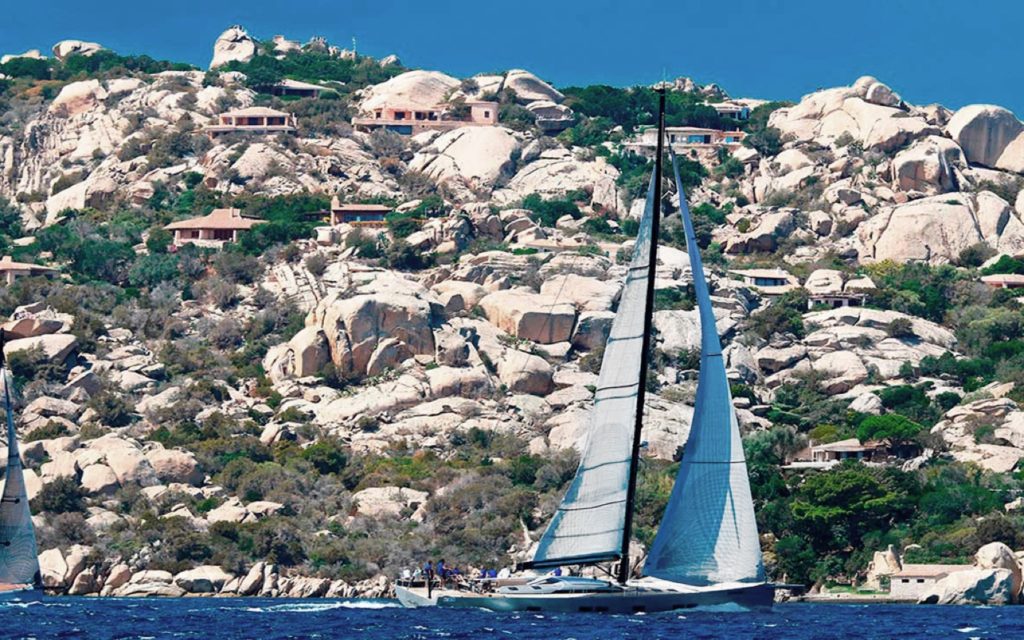 These are opportunities to learn about history! In Arzachena, near Porto Rafael, there is the Tomba dei Giganti by Coddu Vecchiu.

The Tombs of the Giants are tombs formed by a funeral chamber intended for collective burials dating back to the Nuragic age. A testimony of the life of that moment.

The Tomb of Coddu Vecchiu is an important funerary monument of the village of the time. Built in three phases, one of which dates back to 1600/1400 BC. C. is surrounded by a nature that makes you breathe infinite magic. 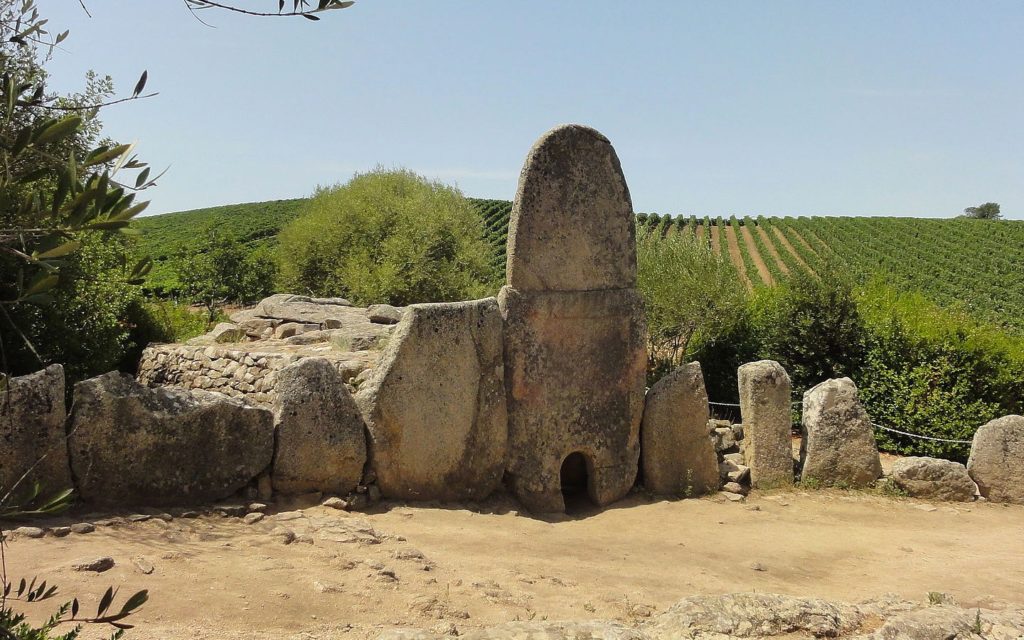 Another thrilling excursion is a visit to the geomarine park in La Maddalena. A magic that has no end for the beauty that is all around those who observe it. Budelli, Razzoli, Santa Maria, Santo Stefano, Caprera, Sprinkle pearls of an archipelago that remains in your heart: everything draws an unforgettable scenario. 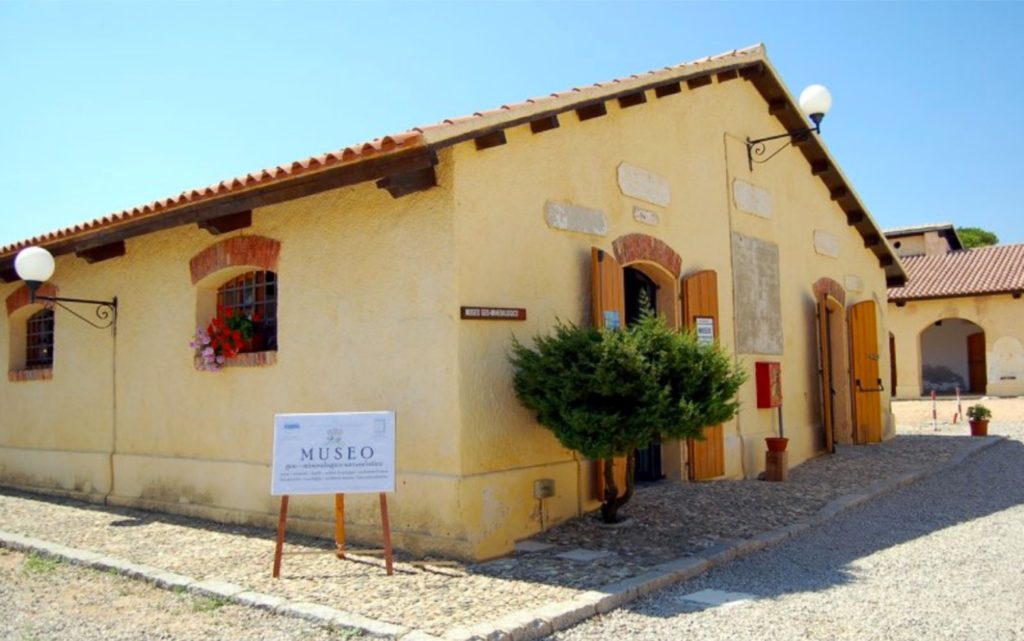 At the mineralogical museum of Stagnali fossils, gems and rocks are splendid protagonists who recite a memory that is lost in time.

All this has its own stage which is the Archipelago of La Maddalena. A story that must be told: 230 years of social life; its islands which are a collection of splendid treasures covered and guarded by a sea that almost expresses a protective embrace. 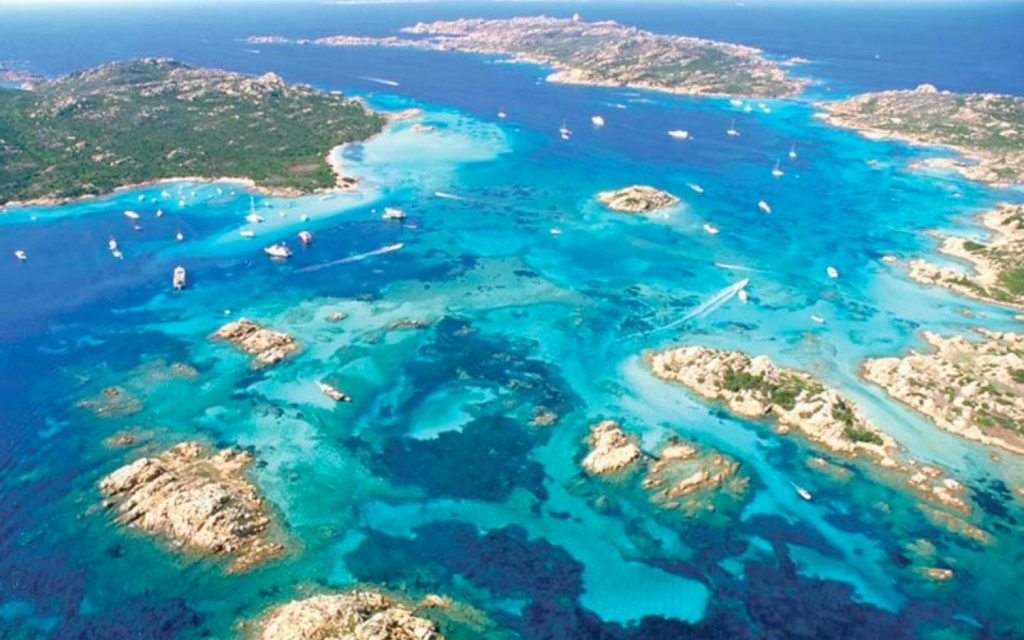 The archipelago should be remembered not only for its beauty but also for its history told by pages featuring Napoleon, Nelson, Garibaldi as witnesses to the strategic military value of this area.

In 1777 it was an important support for the ships of the Sardinian Royal Palace. Over the years there has been an increasingly significant military positioning. Just look at the many fortifications present and built in particular between the first and second world wars, such as on the island of Spargi, on the island of Caprera and on the island of La Maddalena.

A testimony of great historical importance is, then, the ship sunk in the waters of Spargi between 120 and 110 BC.

The National Park, then, is a place of great interest for the presence of over 700 plant species and is an unforgettable memory. 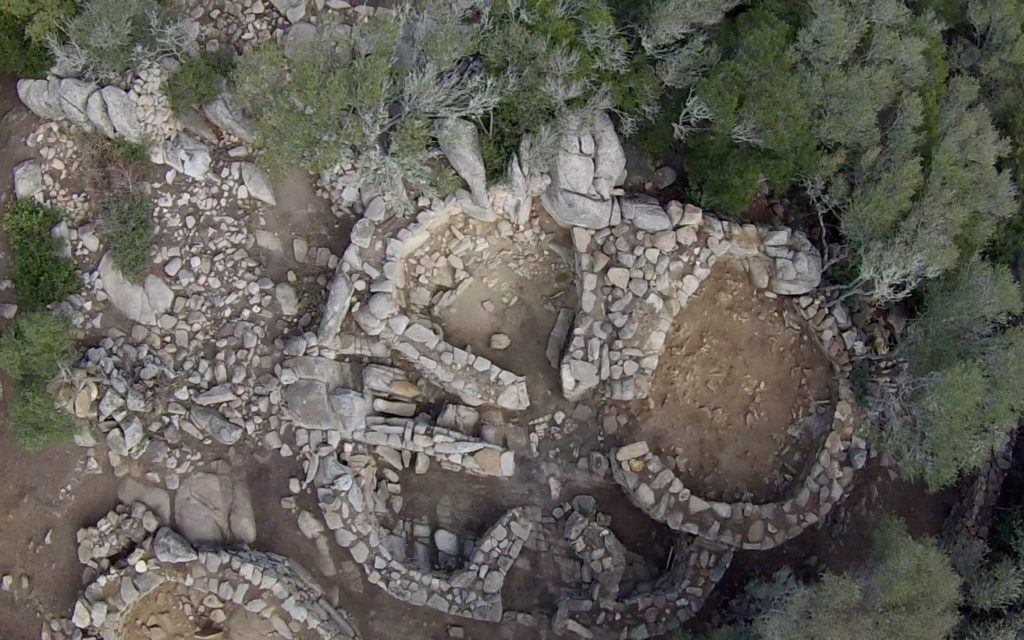 It is an area of immense historical value where a Tomb, Nuraghi, a Village and Tafoni are the absolute protagonists of this scenario.

The Tomb, of which only the foundations remain, dates back to the 14th century BC.

The Village dates back to the Nuragic age with its huts built in masonry and with covers of plants and shrubs.

The Tafoni, then, are large natural holes in the rocks used at the time as refuges or tombs. 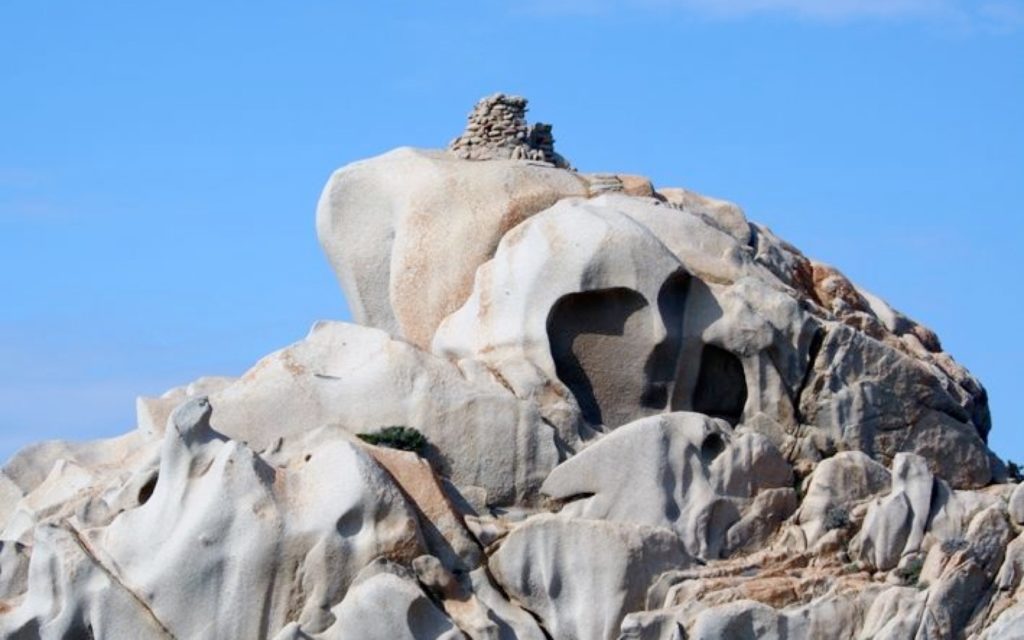 But it is not so because everything belongs to the whole of humanity!